Creating a great European campus network by bringing climate innovation research to the market
Whilst universities are generating a great deal of climate relevant research, much of it never makes it any further than campus archives. The pathfinder project Sustainable Campus, Launching Customer (SCLC) aims to bridge the societal demand for climate innovation and the scientific knowledge supply from a network of nine European university campuses. 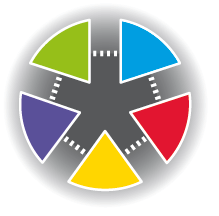 Although universities have the potential to be leading change agents in both climate change mitigation and adaptation they are, in many respects, coming up short. Accordingly, many of the innovative ideas developed at universities are  not taken any further than the research stage. The general scientist is by no means a commercial entrepreneur, which is a bottleneck to bringing scientific breakthroughs to the market. Consequently, a great amount of potentially significant innovations is being ignored, while very few are actually being implemented. This pathfinder project, SCLC, aims to bridge this systemic gap through novel approaches, both at campus level and between the different universities involved, creating an asset from their specific regional context.